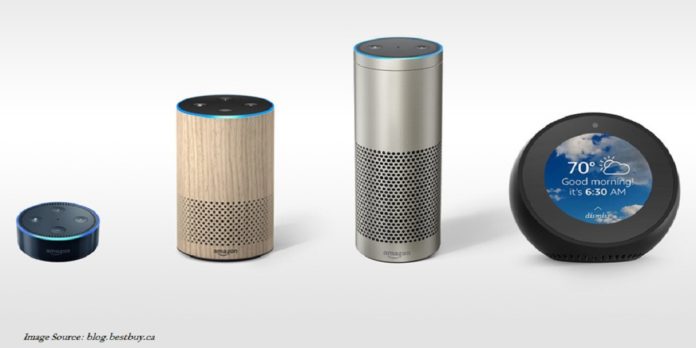 Amazon Echo is an umbrella term for the comprehensive range of smart speakers from Amazon. This includes Echo, Echo Dot, Echo Show, and Echo Spot. Although these devices have some notable differences from one another, the core functionality and operation are essentially the same.

Each Amazon Echo device features Alexa, Amazon’s proprietary voice-controlled intelligent virtual assistant. It responds as soon as the user utters Alexa. Although, this wake word can be changed to Amazon, Computer, or Echo. To use this, you need to first download and set up the Amazon Alexa on your mobile device or smartphone.

What is Alexa App and How to Use it?

The Alexa app lets you set up Alexa-enabled devices, which in this case is the Amazon Echo speaker. It acts as the interface through which you can leverage the abilities of the speaker, such as playing podcasts, streaming music, asking questions, check weather conditions, etc.

Where you can download the Amazon Alexa app depends on the smartphone/mobile device you have. You can download it from the Google Play Store for Android devices, and from App Store for iOS devices.

Amazon Echo is able to perform a range of operations. Some of its most notable capabilities are:

Common Issues with Echo Speakers (and How to Resolve Them)

The Echo speakers, undoubtedly, are amazing gadgets. They, however, like any other gadget suffer from some common issues that might be caused due to manufacturing defects, faulty software, or lack of information in dealing with the device. Some of the most common ones are:

Already millions of people around the world are reaping all the benefits that the Amazon Echo speaker has to offer. It is an awesome gadget that lets you do a range of things: from learning recipes and streaming music to checking weather conditions in real-time.

How to Stay Productive While Working From Home During COVID-19

How to stay safe from the Coronavirus