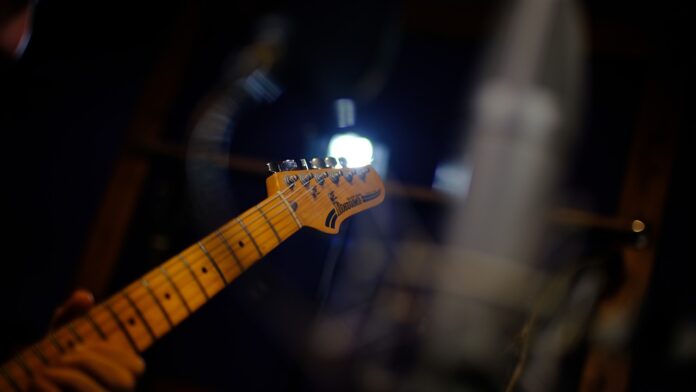 Richard Skibinsky is a Musician. He lives in Philadelphia, Pennsylvania. Richard plays multiple instruments but his major interest is playing Guitar and Piano. He is a student and an emerging musician. He has been playing guitar for over 20 years and it has been around 10 years teaching guitar and piano.

With his talent and expertise, he has taught many students to become a performer and good musician. He is also a well-known name in the field of the music industry, although he knew only a few things at the beginning. His effective learning and diligent effort have led to his success. He considers himself a learner although he is an expert, as he believes that learning never ends.

Richard Skibinsky also composes music, records then and he is also a performer. Although he is a gifted musician still he works very hard and he teaches his students to work diligently. With his melodious music, he creates magic that takes the audience into another world. He is a renowned name in Pop, heavy metal, and Jazz Music. He has played in different shows, exhibitions, and TV productions. He has performed on various stages in Philadelphia and other cities. He knows how to engage the audience.

As he teaches playing guitar and piano, he has taught people with Autism, Down’s syndrome, and William’s Syndrome. He has been teaching very effectively. In this time of pandemic which has led people to be caged in their homes, he believes that learning must not stop. He provides online classes to music enthusiasts. Most of the other online music lessons are not engaging thus students find it hard to connect, but Richard’s online lessons will not bore you. He pays special attention to those students who need extra help and who are really keen to learn it.

It is very rare that one could find such a person who has many roles and takes everything responsibly. Also, he is a self-learner; he also encourages others to become good musicians. He has helped many Singers and musicians accomplish their dreams.

Richard Skibinsky utilizes his free time, he doesn’t waste his time. In his free time, he makes musical tones and practices them, and makes them perfect. Other than Music he also loves photography, he likes to capture natural landscapes and skyline. He is also a technology enthusiast and loves to try new tech. He also loves to create designing, it’s obvious as he is an artist.

Must Listen To Dirty Comedy On Laughing Hyena

A New Way to Flaunt Your Talents on an Incredible Platform

What is the importance of social media for marketing services