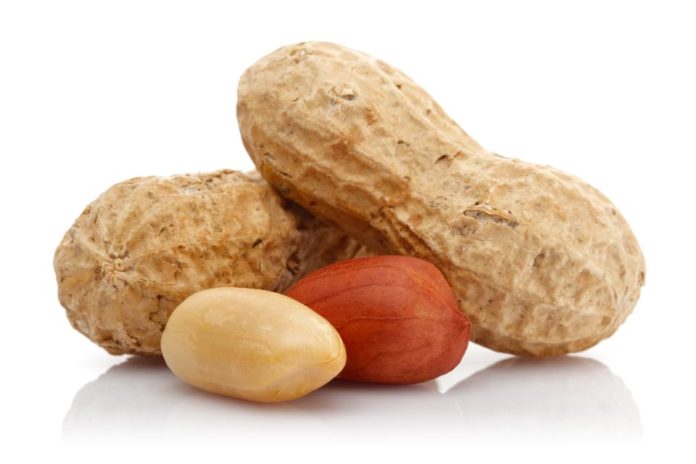 For people with peanut allergies, placing a carefree order at a bakery or candy shop may remain a pipe dream for now. But surviving an accidental exposure without emergency medical treatment is looking more likely as research on new preventive treatments forges ahead.

Training the immune system to accept small doses of the allergen such that accidents don’t have to trigger fear and emergency measures is the focus of a growing number of clinical trials and biopharmaceutical interest, experts said.

It’s similar in approach to allergy shots that treat environmental allergies such as grass and ragweed, a strategy that’s been used for the last century and works by exposing the body to escalating doses over a few years, said Dr.Thomas Casale, chief medical advisor for Food Allergy Research & Education (FARE), a consumer advocacy group and the largest private funder of food-allergy research, based in McLean, Va.

“Things have changed a lot in food allergy over the last five, 10 years. It’s an optimistic time,” Casale said. “We’ve got a long way to go, but we’re finally making some progress.”

“What we’re seeing is a lot of different companies are looking at biologics for the treatment of food allergy,” he said, adding that, “A lot of drugs for diseases like asthma could very well work for people with food allergy.”

Last Friday, an advisory panel, swayed by efficacy data, recommended Aimmune’s peanut oral immunotherapy known as AR 101 for FDA approval with a vote of 7-2. The panel also voted 8-1 that safety data supported the recommendation to approve AR 101, along with additional safeguards such as requiring that patients have injectable epinephrine prior to beginning treatment and that they receive each dose escalation level at a medical facility equipped to treat systemic allergic reactions. Aimmune plans to market the daily treatment as Palforzia.

Another daily treatment — a skin patch from DBV Technologies called Viaskin — is also in trials and showing encouraging results, especially for safety. Another trial will test whether an injection of Omalizumab alone or with oral immunotherapy can mitigate the danger of multiple food allergies.

But there are still many unanswered questions specific to food allergies and their symptoms, which can range from mild itchiness and stomach upset to severe systemic hives, vomiting, difficulty breathing and shock. And it remains to be seen whether preventive treatments in the pipeline will offer patients more peace of mind and cost-effectiveness than the status quo of simply avoiding the allergen.

About 32 million Americans have food allergies, including 5 million children, many of whom are allergic to more than one food. There is no cure and no FDA-approved preventive treatments are available — yet. People with allergies typically have one recourse: trying to avoid the food trigger and carrying a doctor-prescribed epinephrine auto-injector such as EpiPen in case avoidance fails. Anxiety about accidental exposure from cross contamination or a missed ingredient is a common side effect of living with a food allergy.

Peanut allergies are among the most common and severe type, affecting 5% to 8% of kids and 4% of adults. Teenagers and young adults are at greatest risk of death from anaphylaxis due to food allergy, according to FARE. A delay in administering life-saving epinephrine is also associated with fatalities.

For parents of young children, peanut-allergy prevention takes many forms: plucking nut candy out of Halloween baskets and piñata hauls, running interference at birthday parties and restaurants, and trying to keep garden-variety school bullying from taking a life-threatening turn should a kid introduce a peanut product into the equation. Navigating the social aspects can be just as challenging as the medical ones.

Researchers appear to be fighting fire with fire, or at least sparks, depending on the chosen doses. In a Stanford University study of 120 peanut-allergic kids and adults age 7 to 55, participants in this randomized, double-blind placebo-controlled study were tested and compared in three groups.

The first group ate masked peanut flour mix every day, building up to and maintaining 4,000 milligrams daily (equal to about 13 to 16 peanuts) for two years. Those who passed the challenge without symptoms then quit peanut-packing as they avoided peanuts for the next year. The second group gradually increased consumption up to 4,000 milligrams of peanut powder daily for two years, with those who passed then tapering off to 300 milligrams, the equivalent of a peanut a day, for another year. The third group unknowingly consumed a placebo for three years if they passed the food challenge at year two.

Overall, 84% of those who ate peanut daily did not show signs of allergic reaction at the end of two years and were asked to go on to the next phase of the study, compared with only 4% who received a placebo.

“The majority of people who get desensitized to peanut need to remain on peanut to remain unresponsive. The optimal dose to remain desensitized is unknown.” Dr. Sharon Chinthrajah, lead investigator, POISED study, Stanford University

Lead investigator Dr. Sharon Chinthrajah, director of the clinical translational research unit at Stanford’s Sean N. Parker Center for Allergy and Asthma Research, said the study aimed to determine if the maintenance doses changed participants’ immune systems so they could tolerate small amounts of peanut — what the authors called “sustained unresponsiveness.” This could improve patients’ quality of life so children could eat cake at a party or wouldn’t have to sit at a peanut-free table at school, for example.

The results were intriguing. The protective effects wore off if the dose was discontinued or reduced in most but not all of the participants. Only 13% of people who avoided peanut appeared to have “flipped a switch” and were able to pass a 4,000 milligram peanut challenge.

During daily dosing, participants’ most common adverse events were mild gastrointestinal pain and skin disorders, but two had severe allergic reactions. Adverse events, a serious concern for this approach, decreased over time. “The longer the therapy goes, the lower the number of patients who react to their maintenance dose,” Chinthrajah said. The study dropout rate was higher for adults (32%) than for children (9%).

“At this time, it does not appear that oral immunotherapy can be stopped, at least after just two years of treatment, as most patients will again start to react to peanut,” Dr. Lisa Wheatley, chief of the asthma and airway biology section of the National Institute of Allergy and Infectious Diseases’ (NIAID) Division of Allergy, Immunology and Transplantation, who was not involved in the study, wrote in an email.

“However, the fact that some participants maintained their tolerance on low dose or no oral immunotherapy suggests that a more durable response may be possible, at least for some patients.”

NIAID is part of the National Institutes of Health, which funded the Stanford study.

The study, published Sept. 12 in the Lancet, offered preliminary insight into predicting which people would succeed in their food challenges based on certain biomarkers they had coming into the study, as determined through blood tests.

Finally, the study shed light on just how hard it is to avoid allergens in daily life, even when patients are highly educated about them, and suggested that therapy can mitigate some of the harm.

The rate of accidental ingestion of peanuts, as measured by confirmed allergic reactions not reported within two hours of patients’ daily clinical peanut dose, dropped from 9% the first year of the study to 2% during the second year and was 3% for the third year. It’s unknown how many patients may have had an accidental ingestion and suffered no ill consequences. Most accidental ingestions happen outside the home, Chinthrajah said.

A potential downside to oral immunotherapy is similar to any drug regimen that has to be taken daily, Casale said. “If a patient has to take the product every day, you know the adherence and compliance goes down.” Missing doses could decrease protection and lead to a false sense of security.

The treatments in development will require frank discussions about the risks and benefits between patients and their doctors. But with just vigilance and epinephrine protecting them now, many people with peanut allergies might welcome having choices to consider.

Isabella Loretta Janke – One of the most Skilled Dentists in Orlando, FL, US

Be Honest to Your Teeth to Create a Perfect Smile Last

Interesting Facts You Should Know About Amazing Accessories For Spiral Notebook

Building Your Career: What to Expect as a Construction Project Manager

Use Divider Tabs For Notebooks – Make Your Spiral a Portable Workstation

Why should you prefer CBD Infused Lemon Tea?

The importance of digital marketing in building brands

Laser Dentistry: Nothing to Be Scared Of