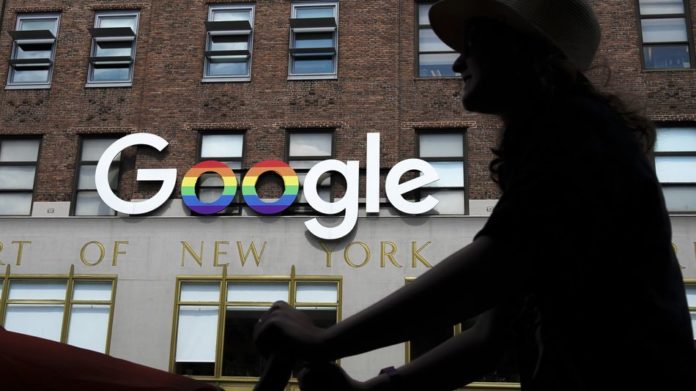 At Google parent company Alphabet’s annual meeting Wednesday, shareholders advocated for a number of proposals meant to address numerous issues at the company, from sexual harassment and diversity, to the company’s policies regarding China and forced arbitration. As with Facebook’s recent shareholder meeting, there was also a proposal to limit Alphabet’s power by breaking up the company.

And, as with Facebook, these shareholder proposals had no chance of passing since Google’s two founders, Larry Page and Sergey Brin, control a majority of the most powerful shares.

While that much was expected, attendees at this year’s meetings were met with protestors, some of whom were contract workers demanding better working conditions. Others were activists concerned about the company’s plans in China.

One person who was not around to listen to critics, though, was Page, who was a no-show at the meeting  — an absence that didn’t go unnoticed. “Where is the CEO of Alphabet,” one shareholder asked, referring to Page, during the meeting’s question and answer period. “Year after year, there is no CEO here, it is a glaring omission. I think that’s disgraceful.” (Page last attended a shareholder meeting in 2017, though he didn’t speak publicly.)

Alphabet Chairman John Hennessy noted that Page attends board meetings and communicates regularly with members of the board.

Though the shareholder proposals were never expected to pass, the meeting was a poignant reminder that Google is facing increasing scrutiny both from within its ranks and from outside the company.

The Justice Department is reportedly considering an antitrust case against the company over its search and advertising policies. And internally, the company is facing blowback from employees over a censored version of its search engine for China, forced arbitration policies, and its handling of sexual misconduct.

Can Sleeping With The TV On Really Lead To Weight Gain?

A “city-killing” asteroid just zipped by Earth. Why didn’t we see...

Who Is Mighty Thor and Why Did Natalie Portman Agree To...

New This Ski Season: A Jacket Brewed From Spider Silk