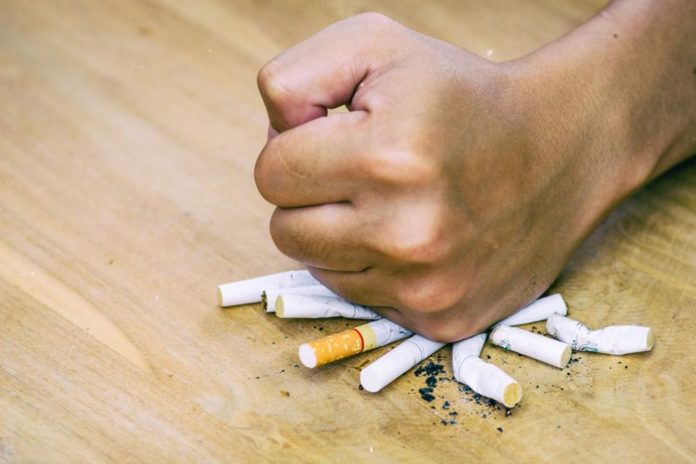 As Stranger Things Season 3 breaks Netflix records with 40.7 million household accounts watching since the July 4 global launch, the network is in a position to break even more records when it comes to sending media messages and decreasing aversive health behaviors.

The company’s Twitter announcement of the show’s success comes on the heels of recent statements indicating that the company will now be working to help reduce smoking imagery in its future projects. New projects aimed at young viewers will be, with the exception of projects requiring historical or factual accuracy, “smoking and e-cigarette free.”

Would less tobacco imagery decrease audience enthusiasm for the popular series or any of its programming? That is unlikely. In fact, the shift away from tobacco imagery will make health professionals, many parents, and those embracing The Truth Initiatives 2019 report, While You Were Streaming: Smoking on Demand, A Surge in Tobacco Imagery is Putting Youth at Risk, quite happy. Smoking is the leading cause of preventable death. Based upon past data, reducing on-screen smoking exposure will impact and reduce youth smoking rates.

There is no data to suggest that lack of tobacco images has negatively affected audience enthusiasm, Nielsen ratings, or box office bottom lines. In fact, in 2010, over two-thirds of top grossing movies produced for children (defined as movies rated G, PG) did not contain smoking imagery.

As the most commonly watched streaming channel, with a hit series and other shows that include a significant amount of tobacco imagery, (According to The Truth Initiatives 2019 report, “Researchers found that 100% of ‘Stranger Things’ episodes coded included tobacco.”), Netflix programming has become a target for public health initiatives keen on dissuading smoking initiation in adolescents and young adults.

While the 2019 report found the tobacco incidents for Netflix shows reviewed to have tripled from the 2018 report, the company certainly wasn’t alone in tobacco imagery escalation. For broadcast and streaming shows, the report found tobacco depictions increased by 176% overall and by 379% in youth-rated programs with more than 200 tobacco incidents observed in programs rated TV-Y7 and TV-PG.

The report found tobacco incidences on broadcast and cable programming to have increased 150% from the 2018 report with Once Upon a Time, American Horror Story, and Modern Family clocking significantly more onscreen tobacco time.

Smoking imagery appears to be common place on streaming services, part of the artistic license that some associate with depictions of cool, aloof, stressed or compulsive personality traits. But the data regarding the impact of tobacco imagery in films and television on adolescent and young adult behavior speaks volumes. The bottom line—young people exposed to smoking and tobacco imagery via film and television are more likely to start using tobacco. According to a 2012 report from the Surgeon General, while images of smoking in films have decreased over the last decade, youth exposed to images of smoking in movies were later found to be more likely to smoke. Those exposed to the most onscreen smoking were found to be twice as likely to begin smoking as those who were exposed to less smoking imagery.

What about personal and parental responsibility? The balancing act can be difficult when artistic license meets public health concerns, but child and adolescent behavior introduces another layer of global public responsibility. “Netflix strongly supports artistic expression,” a company spokesman said in a statement toVariety. “We also recognize that smoking is harmful and when portrayed positively on screen can adversely influence young people.” As influencers like Netflix begin their watch and try to create positive change, consumers and guardians should also do the same.

Like many health professionals, my curiosity goes to the place where a popular show might add a smoking cessation or tobacco-avoidance storyline. Media messages can be life-changing. More life-saving ones would be nice.

Your Guide For Purchasing Comfortable and Affordable Face Masks

Better Therapies For TB Are Here, But They Will Not Deliver Themselves

The Goldfinch is a bad movie because it is based on a deeply flawed...

Your Guide For Purchasing Comfortable and Affordable Face Masks