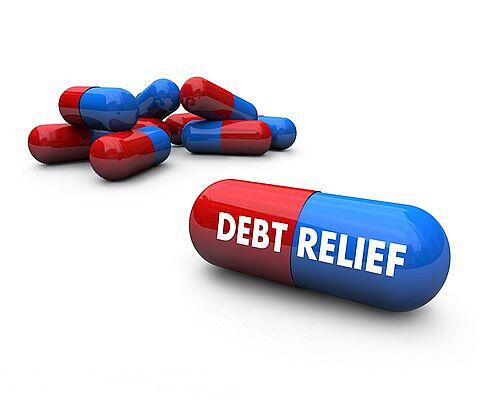 When it comes to managing money, Americans are not always great at it. They have a lot of stories to their name about folks landing deep in debt as their expenditure exceeds their earnings. This leads to alarming bankruptcy statistics in the States.

Without any doubt, filing bankruptcy is a huge decision as it is seen as a subject of failure and moral judgment. However, sometimes this decision is accompanied by issues that are beyond anybody’s control.  The attorney dealing bankruptcy in Colorado says that medical debt is the number one cause forcing people to opt for bankruptcy in the USA.

What are the reasons for Medical Bankruptcy?

Visits to the emergency room and planned surgical procedures are the common cause of large unaffordable medical bills. The problem is expected to get worse as the uninsured rate is going up and more people are signing for cheaper and paltry health insurance plans introduced by the Trump government.

Further, more people are now on high-deductible health plans, which require Americans to pay thousands before kicking in of the insurance. More providers are getting out of network owing to the narrowing of the circle of doctors.

The hundreds of thousands of dollars’ worth of medical bills can wipe out savings, home equity, retirement funds and college funds leaving bankruptcy as the only shelter left for the patient as well as his/her family. Not only medical costs pose a direct cost but also indirect costs. In the case of sickness or injury, an individual is unable to work, and thus, obtain no income.

How medical debt is treated in Bankruptcy?

Debts are separated into different categories at the time of filing bankruptcy. Some of the debts cannot be eliminated through bankruptcy that receives special priority treatment. Fortunately, medical debt does not fall under that category and can be very well removed.

Just like the credit cards, medical bills are considered as general unsecured debts in bankruptcy. This simply means that medical bills do not receive any priority treatment and can easily be wiped out through bankruptcy.

How medical debt is dischargeable under Bankruptcy?

The health care costs are dischargeable under both Chapter 7 (most common) and Chapter 13 (most complicated) of the Bankruptcy Code depending on the type of bankruptcy debtor is qualified for.

In Chapter 7, the discharge will wipe out the medical bills along with other unsecured debts. There is no amount limit to the medical debt discharged under this code. However, the disposable income of the debtor must be low enough to pass a means test in order to qualify for Chapter 7. Moreover, any medical bills paid by credit cards are also dischargeable.

How to avoid medical debts?

To prevent turning a medical emergency into a financial one, expenses should be handled effectively with the right information, and avoid the risks of billing penalties and fees. It is difficult to predict medical emergencies which is why it is important to be prepared beforehand and always build an emergency fund, one which is able to cover three to six months of the living expense.

Although some medical bills are unavoidable still some steps can be taken to further minimize them. Firstly, to have a good understanding of the health benefits of obtaining referrals and pre-authorizations. Secondly, consider better insurance options giving the optimum coverage needed.

Further, if faced with a medical bill that cannot be paid immediately, do not incline to pay it through credit card as this may risks the damaging of the score and accruing loads of interest, instead go for payment plans to pay the medical bills.

There is no secret in the fact that bad health and bad debt often coincides. Unexpected medical emergencies can impose a sizeable burden on physically and economically fragile people. So, most of the Americans who want to pursue the last-ditch efforts to rescue their financial situation goes for filing bankruptcy which is a complicated legal process. The medical bankruptcy in Colorado can be filed with the assistance of reputed and experienced attorneys.

Women Donate to Multiple Candidates. But Men Tend to Stick to People Who look Like Them.

Joe Biden’s plan to raise taxes on corporations and the rich, explained

Wimbledon and ICC Caught Up To Check On Each Other During...

A New Twist to the Beauty Bias