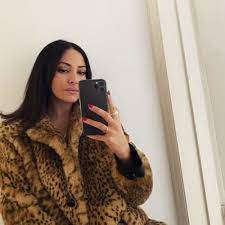 Sara Wallace was born in April 1982. She’s an executive producer at SMUGGLER London and constantly works to oversee creative output for Asia and Europe.

During her 4 years stay in New York, she worked with Droga5 and Mother, where she produced films and live events. While working with Droga5, she produced a live event and music video for Beyoncé on behalf of the UN, performed at General Assembly Hall with a prominent audience like Michelle Obama in attendance. This production earned her an MTV VMA nomination generating over £100M in charity pledges.

When Sara Wallace returned to London, she produced Guinness “Sapeurs” at AMV BBDO.; this production was listed among the top 5 most awarded advertising film campaigns worldwide. She later went on and started up her own fashion advertising company. Before joining SMUGGLER, she created work for Julien McDonald, Refinery29, and Balmain.

Since joining SMUGGLER, there were noticeable changes in her effort to bring on new talent to the roster while developing an existing best-in-class company and body of work. She sits on the board for Rich Mix, a charity Arts Centre and cinema in East London.

As one of the prominent film directors in London, Sara Wallace unveiled her hands-on skills and understanding of creating work across various platforms and media, including advertisements, feature films, television, virtual reality, and theatre. She has been a member since 2020. in a nutshell, she gained experience in these sectors;

She also shot some filth for Arcane

Since starting her career, Sara Wallace has been associated with atleast one company role, making her a prominent individual in her profession. Over the past years, she has displayed a tremendous portfolio that makes her outstand her peers. She’s an award winner of the 2020 PHNX Tribute.

A Guide to Successful Customer Service

What Are The Advantages Of The Material And Manufacturing Process?

Top 5 Strategies For Truck Drivers To Enhance Their Skills

We are Trying to Build the Greatest Canadian Success Story in...

Important Things to Keep in Mind If You Are New to...