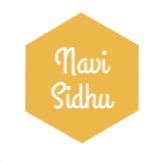 When it comes to cricket, it is played and enjoyed all around the world. Many players all around the world are working hard day and night to enhance their skills. However, to become a professional cricketer, a player has to attain a level of expertise where he or she can play in any condition and against any team in the sport. Therefore, to enhance the skills in cricket, players such as Navi Sidhu are working constantly for the last several years.

He is birthed and raised in Sacramento, California, and obtained his education in the field of business and marketing from the University of Santa Cruz. After this, he started his career in the field of business and marketing. He began to work in companies and started to implement his knowledge in a particular field. Along with this, he never stops to play and learn cricket, as it was his childhood dream to become a cricketer and play for his country.

He always believes that hard work and determination are some of the most important aspects of achieving the goal in life. Thus, when he realized that he can play cricket alongside working in the business and marketing field, he started to play. He is an all-rounder and always focuses on both of the skills to play better. With his performance, he manages to influence and impress the members and senior committee of the Lathrop Cricket Association, as he always wanted to join this cricket association.

Talking about his skills and knowledge in cricket, he is a right-handed batsman who knows how to play defensive and attacking shots. As his favorite cricket team is the Indian Cricket team, so he also gets inspired by watching their matches. He also attained expertise in playing pull shorts on the leg side of the pitch. With his records, he successfully manages to impress the selectors and his team fellows in order to join the Lathrop Cricket Association. Along with the batting, he is also a very good and disciplined right-arm off-spin bowler. He is well capable of bowling in different formats of cricket which includes T20 matches, one-day matches, and test matches. Apart from batting and bowling, he also possesses great skills in fielding. He is well-capable to field in any part of the stadium and also shows some great catches while standing in the gully and short leg positions. In Sacramento, Navi Sidhu is working diligently to attain expertise in the sport of cricket and has also become a recognized name among the players and different cricket clubs in Sacramento.

All You Need to Know About Jonny Cronin

Important Things to Keep in Mind If You Are New to Investing: Jared Ekola

Jared Ekola: Tips to Consider While Participating in Bouldering

How Can a Lawyer Assist You If You Decide to Get...

Why Should you Hire a Commercial Dishwasher Repair Company?

How is Artificial Intelligence Revolutionizing this Landscape

Important Things to Keep in Mind If You Are New to...