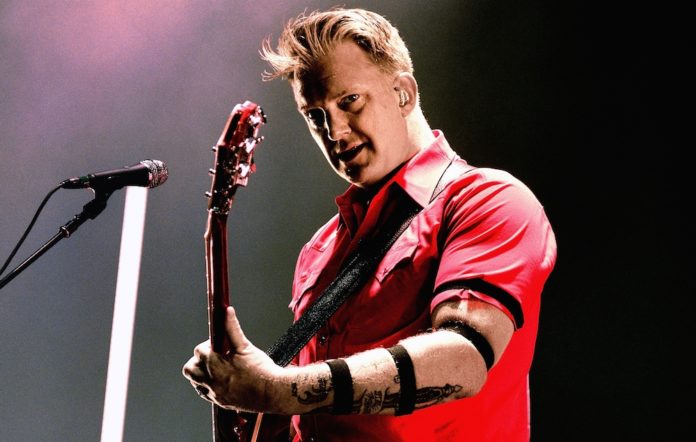 With a net worth of around $10 million as 2021, Josh Homme is an American rock singer, musician and record producer. He is best known for being the rhythm guitarist and the lead singer of one of the most popular rock bands of history, Queens of the Stone Age.

Josh Homme was married to Brody Dalle, and they have a daughter and two sons. He lives in Hollywood Hills, California. Homme is the songwriter, guitarist, and co-founder of the band Queens of the Stone Age. Besides, he co-founded other heavy metal bands as well such as Eagles of Death Metal and Kyuss. This prolific artist is a multi-instrumentalist artist who can play drums, keyboard, besides bass guitar.

Josh Homme began his music career at the young age of 14 when he formed the Kyuss band. After the band got disbanded, he went and found his success with the formation of the Queens of the Stone Age. He gave several blockbuster albums and composed music for television, video games, and movies. Many of you might not know, but he had also acted in comedies.

With his music style being referred to as unconventional and dynamic, it is centered on stoner, desert rock, and heavy metal. Josh started many musical properties with musicians, including ‘Them Crooked Vultures,’ ‘The 5:15ers’, ‘The Desert Sessions,’ and many more. He had also worked and performed with popular musicians such as Arctic Monkeys, Foo Fighters, Iggy Pop, and the list is endless.

He was born in Joshua Tree in California to Michael and Irene. Joshua Michael Homme has a brother named Jason, who is older to him. Hailing from a renowned family, Josh grew up in Palm Deserts. His father was a contractor in Coachella Valley. He owned and started playing rocking guitar when he was just nine years old. In 1985, he joined his first band named Autocracy.

Then he co-founded a heavy metal band in 1987, ‘Katzenjammer’ and played guitar in that band. Then the band changed their name to Kyuss and, given their unique style, and became really popular, especially among the youth. Their innovative music and popularity helped them to sign a music label. Between 1991 and 1995, the band then released four albums before splitting up.

Further, Josh Homme formed Gamma Ray, a band, as he was not satisfied and happy with the members of the Screaming Trees. Later, that band became famous by the name of ‘Queens of the Stone Age.’ He also started a music series, The Desert Sessions, featuring several musicians recording impromptu music within few hours.

There is a soft side of this tattooed knuckled man. He is an ideal family man. Josh Homme met Brody Dale in 1996 when he was 23 years old at Lollapalooza. She is an Australian singer. Upon their reconnected after many years, they both officially tied the knot in 2005.

Josh Homme is one of the greatest rock stars. He still performs and makes his fans scream at the top of their voice. Undoubtedly, he is a legend.

4 Simple Steps to Find a Reputed Driving School Near Your...

Everything You Want to Know About Gary Gentry’s Trucker Songs

What activities are placed in breathwork sessions?