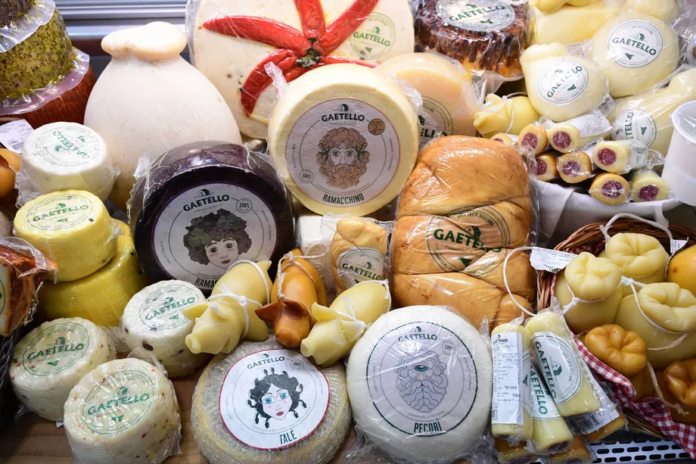 The Trump administration is threatening to impose more tariffs on the European Union — $4 billion worth, which could affect everything from cheese to olives to whiskey, along with less delicious things like some metals and chemicals.

In April, the United States Trade Representative proposed tariffs on EU products valued at about $21 billion. That original list of products included everything from artist’s brushes to essential oils to helicopters. This extra $4 billion would put an additional 89 items on the list, including more cheeses, pasta, and some Scotch and Irish whiskeys.

This trade fight is the latest in a 15-year battle over aviation subsidies that long predates President Donald “Tariffs are the greatest!” Trump.

In 2004, the United States filed a claim with the World Trade Organization accusing some EU countries of illegally subsidizing the aircraft giant Airbus, which the US said harmed the American company Boeing. In 2005, the EU filed a competing claim, saying that the US government provided subsidies and tax breaks to Boeing.

The Airbus-Boeing dispute has dragged on for years. In May 2018, a WTO panel gave the US a win, saying the EU had failed to end the Airbus subsidies, thus clearing the way for the US to retaliate.

The US was expected to take countermeasures to the tune of billions of dollars in tariffs. It announced its proposed its punishment in April, with tariffs on goods valued at $21 billion. Now it’s planning for an additional $4 billion, which the USTR said it’s considering in response “to public comments and additional analysis.” Meanwhile, the WTO will deliver its own ruling on exactly how much in tariffs the US can levy on the EU, and it’s expected to make the determination this summer. It may or may not match up with the US’s tariff plans.

But the EU is also likely to place its own tariffs on the US. That’s because the WTO also ruled, in March, that the US failed to stop some tax breaks to Boeing that unfairly hurt Airbus. So that gives the EU the power to retaliate, too.

A spokesperson for the European Commission, which is basically the executive branch of the European Union, said in a statement Tuesday that “the Commission is also taking the necessary steps so that the EU can promptly take action based on the arbitrator’s decision on retaliation rights in this case.”

The spokesperson added that the EU “remains open for discussions with the US, provided these are without preconditions and aim at a fair outcome.”

Last year, Trump imposed steel and aluminum tariffs on many of the US’s allies, including the European Union. The administration justified the tariffs on the basis of national security, finding something of a loophole in the law.

The EU retaliated, imposing duties on US goods like motorcycles and bourbon. Last July, the current president of the European Commission, Jean-Claude Juncker, met with Trump at the White House, and they agreed to try to resolve the trade standoff.

But not much has happened since then.

So these extra $4 billion in tariffs — and the EU’s likely future retaliation — could make trade tensions between these two allies worse. The Trump administration has argued that these tariffs are wholly tied to the Airbus-Boeing case and are separate from the other trade spat with the EU. But Trump is also no fan of the WTO and has threatened to withdraw from the international trade organization because it benefits “everybody but us.” Under Trump, the US has also held up the appointments of WTO judges, slowing down trade cases.

The tariff announcement also comes at a tricky time for the US and the EU, whose relations are already strained over issues such as Iran and Trump just generally saying not-nice things about NATO allies.

The EU is also in a political transition. After marathon negotiations, EU leaders just picked their next nominee for EU Commission president, German Defense Minister Ursula von der Leyen. If confirmed, she’ll replace Juncker in the EU’s trade dealings, including with the US.

All of which means the EU and the US don’t seem any closer to resolving their trade issues — and relations could still get worse.

Stable Android 10 Has Been Released For Redmi K20 Pro

Wimbledon and ICC Caught Up To Check On Each Other During...

More than Half the World’s Millennials Fear a Nuclear Attack this...