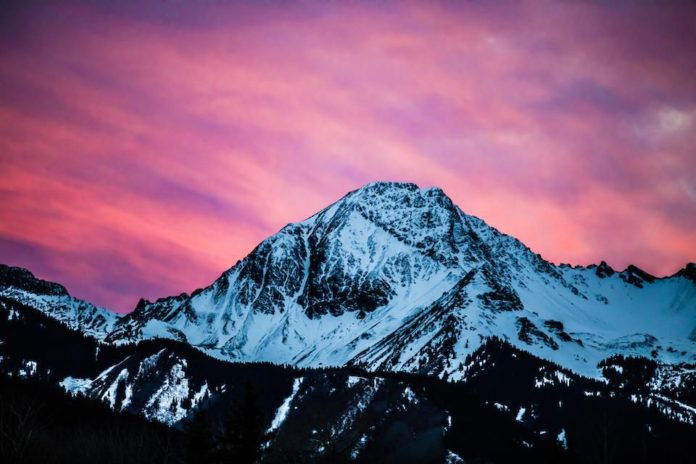 Download your new Aspen Snowmass app and get ready for ski season. Aspen Snowmass is part of both the Ikon Pass and Mountain Collective and is known for drawing a posh but eclectic crowd of skiers and snowboarders. They’re also leaders in sustainability, using a permanent waxless base treatment for rental skis and snowboards, printing trail maps on stone paper and partnering with Taiga Motors to pilot an electric snowmobile program for more sustainable mountain operations. Here’s what’s new this year.

The Little Nell, Aspen’s only Forbes five-star hotel, celebrates 30 years this year with a host of celebrations all winter. On November 28, their anniversary date, rollback room rates will begin at $289 plus tax and resort fee for townside guest rooms with other rooms and suites 30% off. The Little Nell unveils their winter wall art installation over the pool on December 13 followed by a Party Like It’s 1989 après-ski extravaganza the following evening with ‘80’s themed cocktails and outdoor screenings of iconic ski movies. Guests are encouraged to wear vintage ski apparel. New Year’s at The Nell will be sponsored by Dom Pérignon with bottomless champagne.

A new redesign of public spaces by Champalimaud Design this past spring updates the lobby and living room with lighter colors and a more welcoming, residential atmosphere. Après-ski bar Chair 9 received a major refresh as well. Share your favorite memories at The Little Nell over the years for a chance to win a hotel stay.

It’s also the 10th anniversary for the Viceroy Snowmass Resort & Spa, which underwent a major refresh this past summer, with new carpets, furniture, lighting, bedding and décor in all guest and residential spaces. They’re offering an over-the-top 10th anniversary private jet package in partnership with evoJets that includes five nights lodging, a morning hot air balloon ride and private ski guide along with round-trip flights. Plus, they’ll be surprising guests the first 10 weeks of the season with surprise extras like express spa treatments, moonlight snow hikes and free cookies in the lobby.

SNOWMASS BASE VILLAGE BLOWS UP

The $600 million mountain-resort development in Snowmass Base Village is the largest under construction in North America. The first phase of construction was completed last fall, including the new Limelight Hotel Snowmass, ski-in/ski-out residences and a public events plaza with ice skating rink. In December, a new community center called The Collective opens with a bar, game lounge with classic arcade games and neon foosball and community center with a rotating schedule of entertainment and live music from local organizations like Aspen Center for Environmental Studies (ACES), Anderson Ranch Arts Center and Thunder River Theatre Company. Aspen chef Martin Oswald, known for his nutritarian cuisine at Pyramid Bistro and the delicious catering in the VIP section for Jazz Aspen Snowmass, makes his Snowmass debut with fast casual cooking at Mix6.

The new One Snowmass building opens in time for the 2019-20 winter ski season as well, with additional retail and dining, including King Yoga, JÜS Snowmass and Colorado-based eyewear boutique Eye Pieces. One Snowmass will house a full-service salon and spa too, plus a community-based art studio and gallery, Straight Line Studio, presented by local artist Kelly Peters.

Snowmass and Aspen Highlands will host the 2020 U.S. Alpine Tech Championships Mar. 28-31 and watching the race is completely free for spectators. The Aspen Highlands race venue drops in right to the base area, so you can watch from the bottom without even putting on ski gear, or you can stand along the race course the entire way. The last time Aspen Snowmass hosted the U.S. Alpine Tech Championships was 60 years ago and the last elite ski racing competition here was the 2017 Audi FIS Ski World Cup Finals.

While the World Cups are more restricted, the U.S. Alpine Championships are much more accessible for meeting athletes. Spectators can watch the U.S. Ski Team athletes race and then be right next to them at the bottom of the course to ask for photos and autographs.

Aspen has its first new build hotel in 25 years with the W Aspen,only the second W “Mountain Escape” ski resort globally after the W Verbier in the Swiss Alps. The hotel is styled after a modern chalet with sleek white oak paneling and a vibrant lobby mural by Gaia depicting Maroon Bells and Walter Paepcke, the Aspen Skiing Company and Aspen Institute founder who put Aspen on the international map.

The Living Room’s second floor outdoor terrace is practically ski-in/ski-out and there are three DJ booths on property, including a geometric silver dome representing the largest silver nugget ever found at Smuggler Mine hanging right above the lobby. You can see all the way to Smuggler Mine from the 8,000-square-foot WET Deck, Aspen’s only hotel rooftop bar and pool, with public access for locals. The 360-degree views here are pretty spectacular and you can take the late-night shenanigans to clubby 39 Degrees downstairs once the rooftop closes. With 88 rooms and 11 fractional ownership residences, the W brings a contrasting style of luxury to town where The Little Nell and St Regis have long reigned supreme.

In Snowmass, Limelight Hotel Snowmass opened in December 2018 with ski-in/ski-out access in the heart of Snowmass Base Village. The pet-friendly hotel has 99 rooms plus a five-story climbing wall and hearty breakfast buffet to prepare you for a day on the mountain.

Sam’s Smokehouse is no more, replaced by an elegant modern Italian restaurant on top of Sam’s Knob on Snowmass. The revamped Sam’s underwent a $2.5 million remodel including a live-action kitchen and stylish deck. “We got our inspiration from the street vendors of Palermo, the markets of Florence, the ma and pa trattoria’s of Rome, and the costal fishing villages of Cefalu,” says Jim Butchart, Aspen Snowmass’ culinary director for on-mountain dining. Guests can remove their ski boots and don a comfy pair of slippers in the slipper room before sitting down to antipasti platters including burrata and prosciutto de parma followed by pasta made in-house daily paired with a negroni spritz.

Mexico’s threats to take legal action against the US for El Paso, explained

This Is The Largest Flying Animal In The World With A 10-Metre Wingspan!