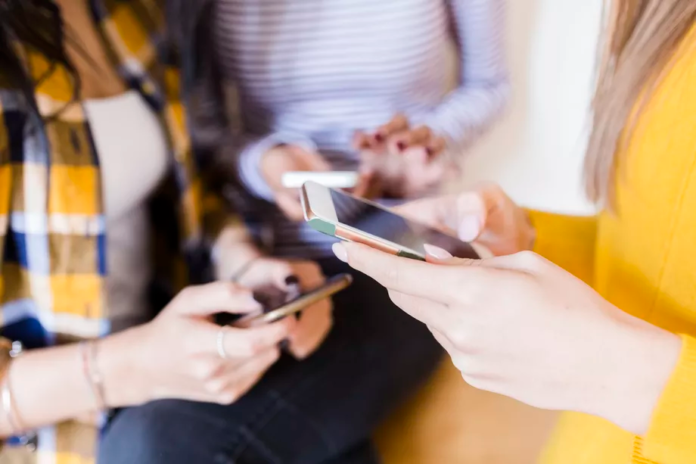 Threads, if it ever officially launches, would be an extension of the Close Friends feature Instagram added to Stories last fall — a simple add-on that allows users to create a select list of their followers to show the more intimate content that they’d rather not broadcast to everyone. Instagram declined to comment for The Verge’s story or to Vox.

Newton, who was shown screenshots of the app’s test version, says it looks a lot like Instagram’s current direct-messaging feature, except messages appear in a central feed alongside your friends’ Stories and a green bubble indicates they’re active. Threads has a camera, so you can share photos and videos directly to the curated group, and it’s set up to encourage automatic sharing of your smartphone biomarkers, like location and battery life.

What it sounds like is a mix of the features people most often say they still use Snapchat for — to keep track of their friends using the Bitmoji map, to post the gross or gritty or thirsty pics of daily life for a smaller audience — and a reaction to the gushing affection people have shown recently for private group chats. Location-sharing has become increasingly common among families and friend groups as well, in large part because of Snapchat and Apple’s Find My Friends. (Also, possibly, because it feels decidedly like the world is ending and we need to know where our people are!)

Snapchat has about 190 million daily active users, which is not huge when compared to the 500 million people who use Instagram every day. But as Newton points out, the people who do use Snapchat tend to spend more time on it, largely because it’s the space they’ve designated for nurturing their more important relationships.

Facebook has essentially spent all of Snapchat’s existence looking for ways to get young people to abandon Snapchat and focus on Instagram (much of Gen Z never made Facebook accounts at all!). It’s also spent the past couple of years attempting to pivot away from the public scandal around its data-collection strategies as well as the general backlash against social media sharing, and the deleterious effects of broadcasting ourselves to enormous audiences at all hours of the day and night. Threads would be a good spin toward privacy and intimacy, and it could appeal to young people. “There are just some things that aren’t meant for everyone, and there really isn’t a great place for me to put that on Instagram”

Last month, Instagram director of product management Robby Stein was a guest on Why’d You Push That Button, the Verge podcast I co-host with Ashley Carman, and alluded to many of these concerns while explaining the origins of the Close Friends feature.

Close Friends “came about by really just talking to people and learning from users around what they were hoping to add to their Story, and at times when they felt like they weren’t going to post to their Story, why,” he told us. “The No. 1 thing that came up was, there are just some things that aren’t meant for everyone, and there really isn’t a great place for me to put that on Instagram.”

Instagram was reacting in part to the phenomenon of Finstagrams — secondary accounts made mostly by younger users so that they could have a public-facing persona with a coherent “brand” (often parent- and admissions officer- and recruiter-friendly) and a less filtered, more authentic, often strange alt-life on a separate grid. The teens, reacting to the horrors of context collapse, jerry-rigged the platform to make it work for their needs.

Close Friends was meant to make the fracturing of an audience even easier by putting control solely in the hands of the user: “You can add people, remove people, share to it, and no one really can request to join it or be a part of it. There’s no social pressure to add or remove people, and there’s no public listing of who’s on that list, either,” Stein said.

He also told us that the average Close Friends list is around 20 people, and that Instagram has noticed its users are much more likely to reply to Instagram Story posts when it’s been marked as a Close Friends post — there’s something about knowing you’re in a limited audience that signals an invitation to engage, he hypothesized. And those replies also lead to lengthy conversations more often than not. It seems likely that both of those insights were used in the justification for Threads’ existence.

Anecdotally, most of the people I know are gravitating toward private chat and in-group memes, which can feel like salves and distractions, and don’t carry the same risk as public declarations that have the potential to embarrass you, get you yelled at by strangers, or worse, get you beloved by strangers, who then put constant pressure on you to create more content. That Facebook has picked up on this is nice if you like products tailored to your emotional needs, and perhaps a little disconcerting if you’d rather Facebook didn’t figure out exactly how to tailor its business model to your emotional needs.

New This Ski Season: A Jacket Brewed From Spider Silk

US hospitals are Struggling to Respond to the Covid-19 Pandemic