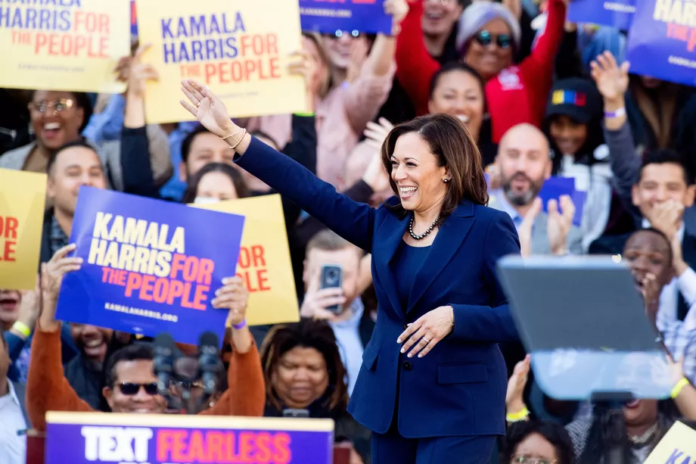 Sen. Kamala Harris has a new plan to help unemployed and underemployed workers obtain the job training they need: give them the money to do so.

For a segment of workers, one of the barriers to finding a new role is lacking the qualifications a position may require, coupled with the prohibitively high cost of obtaining such experience. While the idea of a so-called “skills gap” has been largely disproven, there are still major inconsistencies in the kind of training that is offered by employers, putting pressure on workers to build the expertise they need for more specialized fields like health care and information technology.

Harris’s new bill, the 21st Century SKILLS Act, which she’s introducing Wednesday, tries to tackle this problem by giving workers up to $8,000 to pay for training and any additional costs that might accompany that commitment, such as transportation and child care. According to Harris’s office, these resources could benefit as many as 78 million people who don’t have a job or are working in roles that don’t fully utilize their skills.

The efficacy of a program like this remains uncertain: Reviews of retraining efforts have suggested they’ve struggled on a large scale, but a Mathematica Policy Research study on government-funded training conducted for the Labor Department in 2016 found that workers who get money to cover such programs are more likely to participate in them. It’s matching up the investment in training with actual job openings that’s the challenge.

“People need to get new skills as they get through their careers,” says professor Carl Van Horn, the director of Rutgers’s Center for Workforce Development. “Right now, we’re relying on the individual to make that investment on his or herself. … You’d have to take that out of personal savings.”

Harris’s bill, which calls for an increase to the Labor Department budget, would target a changing jobs market, one of the issues that were central to the 2016 election, when President Donald Trump exploited worker fears about jobs that have been lost to automation or transplanted overseas. It’s currently got the backing of the National Skills Coalition, the Service Employees International Union, and the NAACP but would also need the support of a Republican Senate in order to get enacted.

The accessible nature of Harris’s plan, which is open to any worker who qualifies, has the potential to give a sweeping boost to some of the country’s most vulnerable workers. Nailing the specifics of its ultimate implementation, however, will be crucial to ensuring it avoids the pitfalls that other training efforts have experienced.

Job training can be inconsistent and expensive

There’s a real lack of consistency when it comes to job training that’s currently available to workers, whether it’s provided by employers or the federal government. And that can be a major problem, especially for those who are new to a field or looking to transition to a different one.

“There’s pretty good evidence that employers are not looking to hire people and train them anymore. They’re looking for people who already have the skills to do the job,” Peter Cappelli, the director of Wharton’s Center for Human Resources, tells Vox.

According to a Bloomberg report, US census data shows that 19 percent of workers received employer-based training in 1996, compared to 11 percent in 2008. Since then, some measures, like annual training expenditures, suggest that business investment has seen an uptick, though these gains remain uncertain. For older workers especially, a changing job market has meant that bouts of unemployment have become more challenging to overcome without the background needed to transition to a new role.

And even as certain industries, including manufacturing, construction, health care, and technology, look to fill numerous positions, millions of workers are still searching for employment.

With companies reluctant to cover the cost because of how transient the workforce has become and how expensive training has grown, government-backed programs have been seen as a potential solution.

“We spend less on adult education beyond high school and college than any other country in the OECD block,” says Van Horn. “We put most of our money in the first 25 years of life, so we’re lagging the rest of the world.”

What the SKILLS Act would do

The legislation, which would amend the 2014 Workforce Innovation and Opportunity Act, would give unemployed, dislocated or underemployed workers a set amount of money that they could use for training programs, like community college courses.

Based on the worker’s current employment status, they would be allocated a different amount of money. Once every five years, via what the bill calls “upskill accounts,” workers could access:

The $8,000 figure has been determined in conjunction with job training experts, according to a Harris spokesperson. While it’s not enough to cover all potential training programs people might be interested in, any added financial support is significant, experts say.

“You could take a couple of courses at community college; you could take some courses that give you certification programs,” says Cappelli, pointing to industries including information technology and health care, which rely on specific credentials. Other use cases include offerings like language programs.

The flexibility of the funding, which can also be used to address costs associated with training like commuting, could make this program more accessible to different workers.

“It looks like there’s real effort to address the surround sound things that trip people up, like transportation, child care, the things that are not part of education but can really help succeed when it comes to education,” says Kristin Sharp, the director of an initiative on work and technology at the left-leaning think tank New America.

According to experts, the upskill accounts would require a couple of major safeguards, which will be vital for Harris’s plan to work.

One of these is making sure workers don’t end up swindled by unreliable for-profit schools or scam training programs that leave them no better off than they were before they enrolled. The legislation calls for states to establish “minimum levels of performance” for a training program to qualify.

“If states are in charge of authorizing them, it could open up to a bunch of fly-by-night operators,” cautions Penn State education policy professor Kevin Kinser. “This is what happened with the original GI bill after World War II, and in order to solve the problem, Congress basically created the accreditation system we have today to authorize educational institutions for financial aid purposes.”

The program would also have to provide information about the key openings in workers’ regions and the training that’s needed to fill them, something the bill seeks to do by establishing a grant program to incentivize employers and local workforce boards to work together.

“Regional alignment piece of this bill is crucial,” says Vanderbilt public policy professor Shaun Dougherty, who notes that training won’t help someone get a job if the region doesn’t actually have the opportunities to match it.

Addressing these two issues would be core to ensuring that the bill doesn’t succumb to some of the flaws that other retraining programs have faced.

As detailed in a New York Times story, retraining workers for emerging jobs is a long-held goal of the US government, though it’s been met with limited success.

As of 2009, there were 47 programs across different federal agencies focusing on training, many of which were found to have mixed effects. The Trade Adjustment Assistance program, run by the Labor Department, for example, gave each worker who participated in it dedicated funds for training (every worker received $11,500 in 2015) but saw an ambiguous long-term outcome. A study conducted in 2012 found that while 85 percent of workers participated in and completed their training program, just 37 percent remained in the field they were trained in after four years had passed.

In addition to potential policy hurdles, one of the largest challenges the legislation will face — much like many of the proposals offered by 2020 candidates — is its ability to pass both houses of Congress, and get 60 votes in the Senate.

Amazon was already powerful. The coronavirus pandemic cleared the way to dominance.

Aircraft Fuel is Notoriously Dirty. This Airline is Betting on Clean Electricity.

It’s World Teachers’ Day. Here’s What Teachers — And Their Students — Need Most