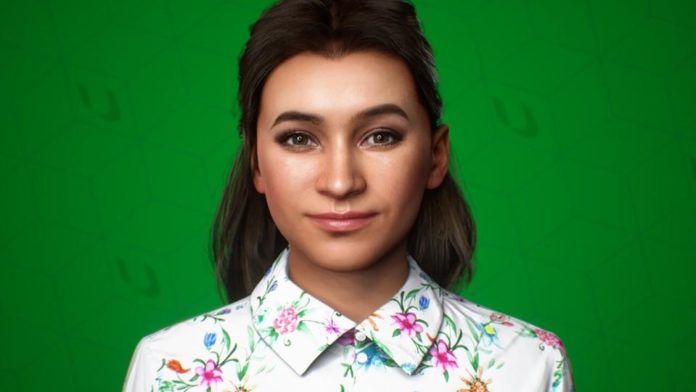 These aren’t the members of a new, all-female rock group, but names that several large banks have been giving to their automated digital assistants.

But the proliferation of bots with female names raises questions about whether they might also perpetuate gender stereotypes, particularly around the notion of women in the role of assistants. That criticism has already been levelled at Amazon’s digital assistant Alexa and Apple’s Siri.  Today In: Innovation

Now a Forbes analysis of Europe’s 10 biggest banks ranked by assets shows that at least three have deployed chatbots with female names on their websites and apps. HSBC has a chatbot named Amy; Deutsche Bank’s Debbie helps market traders; ING of the Netherlands has Inga, a chatbot that will “respond with empathy” to customer problems such as losing a card.

ING’s other chatbot Marie, available to retail customers on Facebook Messenger, was given the name “because it conjures up an image of someone who is helpful and friendly,” Tim Daniels, a programme manager for ING was quoted as saying on the bank’s website. (ING has a male chatbot named Bill, aimed at dealing with corporate customers.)

Changing The Outlook On Youth Pregnancy And Parenthood

Among the other lenders, Santander, Barclays and Societe Generale appear to have unnamed chatbot assistants. Credit Agricole has an internal chatbot with a male name: Hector.

Female chatbots abound in other regions and industries. Bank of America recently deployed a digital assistant called Erica, while Mia, the chatbot released by Australian digital bank UBank, was described by the company earlier this month as “empathetic,” “fun” and “a little bit cheeky.”

IPSoft, a New York-based software company that sells chatbot technology to banks like Sweden’s SEB as well as mobile network giant Vodafone, has its own white-label version of a customer-facing chatbot, named Amelia.

IPSoft’s CEO Chetan Dube denied that the chatbot’s name perpetuated stereotypes, when asked by Forbes during an interview in December, and said it instead highlights “the thought leadership that is represented in females.”

“She was the first female aviator that tried to go around the world,” Dube added, referring to the 1930’s aviator Amelia Earhart.

Forbes revealed earlier this month that Vodafone was measuring the success of its chatbots on how many staff could be replaced by the software. While that may be an uncomfortable metric, the more worrying consequence of chatbots, according to four industry experts questioned by Forbes, is the risk that they could reinforce certain stereotypes.

“Gender bias is an increasingly serious issue in chatbot design, especially for voice-based chatbots,” says John Taylor, CEO of action.ai, a British startup that makes chatbot software for banks and travel companies. “These assistants often perform tasks that many view as menial.”

Vitor Shereiber, a language specialist at the German language-learning app Babbel, says that focus-group testing might lead companies to assign a gender to a chatbot on the notion that it makes customer feel more comfortable. But, he adds, bots could spread unrealistic expectations of how women should present themselves professionally, just as photoshopped pictures have done for women’s perceptions of their bodies.

Part of the challenge for companies is finding a balance between automating customer service without putting customers off. PwC recently described chatbots as being able to “massively enhance customer delight and loyalty” because of their “personal touch.”

On the sidelines of a technology conference in London on Wednesday, Seth Juarez, an artificial-intelligence engineer based in Redmond, Washington takes it a step further. He calls Siri up on is iPhone to ask the time, and a male voice responds. “I make it a guy specifically because I find it morally reprehensible that all of the service-based bots are female, and all the intelligence based bots [like IBM’s Watson] are named after dudes.”

He added that artificial intelligence generally shouldn’t be anthropomorphised. Chatbots should be used to manage “cheap thoughts,” or “stuff that a human would do robotically” rather than on more complex issues. “I would leave those problems to humans.”

More than Half the World’s Millennials Fear a Nuclear Attack this...

Everything you need to know about the next Democratic debate